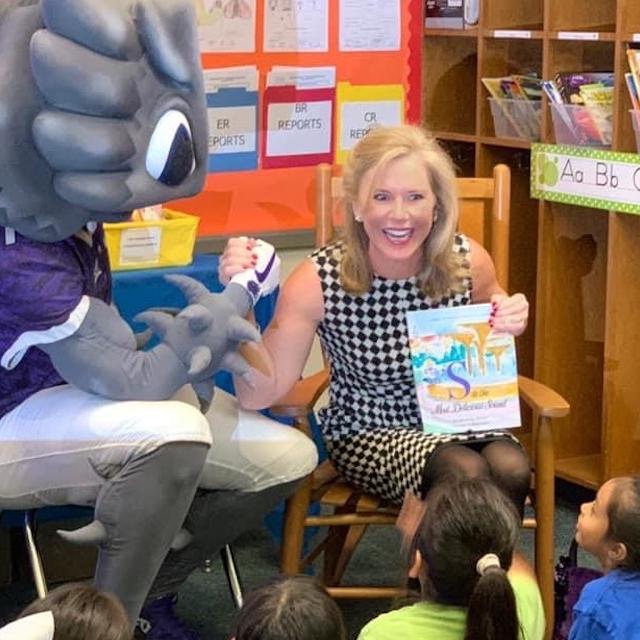 M is for Michelle McKee Marlow. And if she ever writes a book about the letter M, it most likely will feature marriage, motherhood and mem’ries sweet.

The TCU alumna class of ’92 is a clinically certified speech language pathologist with a private practice in Fort Worth. Between vocation and family – husband Scott and four sons – she also writes children’s books that are designed to help with speech impairments.

“I had a professor, Lynn Flahive, tell me that she loved the way I taught children to say certain sounds, and she encouraged me to publish a book,” Marlow recalled of her initial motivation. Flahive is associate dean of health sciences, director of the Miller Speech & Hearing Clinic and assistant professor in the Davies School of Communication Sciences & Disorders.

Following grad school, Marlow drafted S Is the Most Delicious Sound, then promptly got busy with her practice, raising boys and being active in the TCU community.

“About 25 years later, my husband was helping me transfer files to a new computer and came across the draft. He encouraged me to publish the book, and because I want to help children gain confidence while speaking, I did it!”

Since publishing the “S” book in 2017, Marlow has written four more, all crafted around a hard-to-pronounce letter or sound: L is for Lemonade, R is the Roughest Sound, Ch is the Most Challenging Sound and Sh is for Shiner, the latter based on the name of her hometown.

“All the books tell the story of things that are near and dear to me,” she said.

For example, her first book tells the story of Sam, a boy about to turn six who struggles with his “s” sounds. He meets Super Frog, and from there he begins to work on the perfect sound. 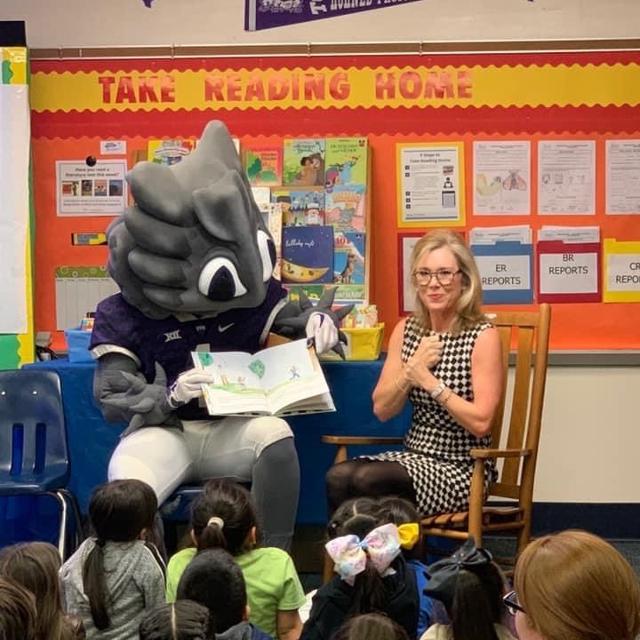 While the first five books are around articulation, her latest is about stuttering, for which she uses humming as a technique. I Can with Van is the story about Michael, who sometimes gets “stuck on a word,” and how he’s visited by internationally-recognized pianist Van Cliburn in a dream. The book, illustrated by Megan Skeels, is co-authored with Marlow’s sister-in-law Cynthia Marlow.

“This one is extra special to me because of the history of the piano competition in Fort Worth,” she said. TCU enjoys its own connections, including hosting portions of the competition and, most recently, the opening of the Van Cliburn Concert Hall at TCU.

Should Marlow decide an “M” book is needed down the road, perhaps music will be in it. But there’s one M that will most definitely.

“My mother is a speech pathologist, and I remember watching her work and knowing, ‘That’s what I want to do,’” Marlow mused. “I thank her – and my dad – regularly for giving me the ability to attend TCU, which taught me how to be an empathetic scholar, one who can do anything you want!”

Marlow and her co-author are planning a special showcase of the book in the Van Cliburn suite at the Renaissance Worthington Hotel in Fort Worth on Nov. 11.

Open to the public, the first event will be at 10:30 a.m. for children, when there will be readings of the book in four languages. Another is at 6:30 p.m. for adults and will feature a performance by one of the pianists from the recent competition.