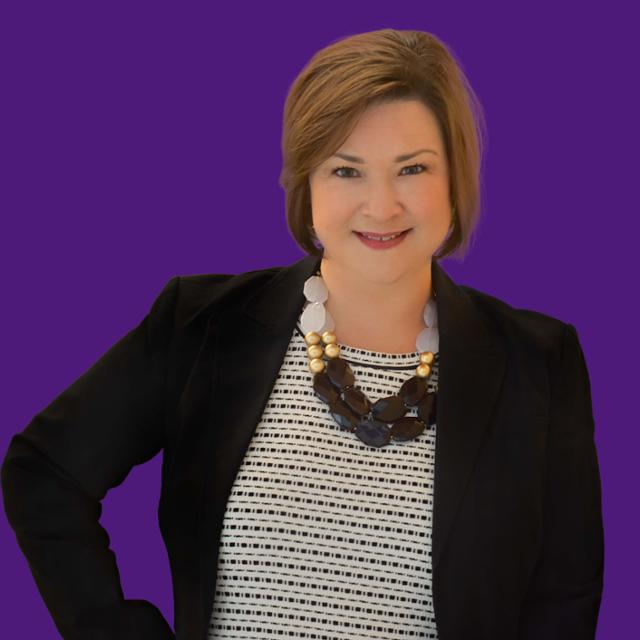 Following a national search, Amy Hardison Tully, DMA, was named Teresa Ann Carter King Dean of the College of Fine Arts. Tully will be the inaugural holder of the endowed deanship, named in honor of Teresa King, a lifelong supporter of the arts.

Tully comes to TCU from Oakland University in Rochester, Michigan, where she most recently was interim associate provost for student success and was previously associate dean of the College of Arts and Sciences.

“I am deeply committed to preserving and advocating for the creative arts in higher education,” Tully said. “My educational principles align with TCU’s mission to prepare the next generation of creative leaders in the arts and champion the value of the arts as essential for learning and living in a global society.”

The Teresa Ann Carter King Dean of the College of Fine Arts was endowed in 2019 and awaited a permanent hire concluding a search. King has played a pivotal role in elevating the fine arts at TCU. She has served on the College of Fine Arts Board of Visitors executive committee, and she and her husband, longtime TCU Trustee and former board chair Luther King, also served as honorary chairs of the 2008 TCU Fine Arts Gala. In addition to the deanship, the King family has made numerous significant gifts to TCU, including the Luther King Capital Management Center for Financial Studies and The Teresa and Luther King Family Endowed Scholarship. Teresa King’s fine arts patronage has extended beyond the campus to service on boards for The Cliburn, Performing Arts Fort Worth and the Fort Worth Symphony Orchestra.

Richard Gipson, previously director of the TCU School of Music, has served as the dean of the College of Fine Arts since 2018. The college will celebrate the grand opening of the TCU Music Center and will officially dedicate the Van Cliburn Concert Hall at TCU in April.

The College of Fine Arts offers 33 undergraduate programs, 26 advanced programs and five minors through the School of Art, School for Classical & Contemporary Dance, Department of Design, Department of Fashion Merchandising, School of Music and Department of Theatre. As dean, Dahlberg said, Tully will provide creative vision and leadership; foster collaborative opportunities internally and externally to engage students, faculty and industry partners; and advocate for the college both inside and outside the academy.

In her roles at Oakland University, Tully oversaw all aspects of student success, retention and academic support, including expanding initiatives to improve the graduation rate for historically underrepresented students. She also served as director of the School of Music, Theatre and Dance and professor of flute. Prior to Oakland University, Tully was associate dean and professor of flute at Coastal Carolina University’s College of Humanities and Fine Arts. She holds a Bachelor of Arts in flute performance with honors from the University of North Carolina–Wilmington, a Master of Music in musicology from Northwestern University and an artist diploma and a Doctorate of Musical Arts in flute performance from the University of South Carolina in Columbia.

The generosity of the Kings supports Lead On: A Campaign for TCU, the university’s most ambitious philanthropic campaign in its nearly 150-year history. The $1 billion goal of this campaign will strengthen TCU’s people, programs and endowment, with more than 50,000 donors contributing to date. The TCU community looks forward to celebrating the successful completion of this transformative campaign and the university’s sesquicentennial in 2023.